Originally from London, I first visited Guernsey (British Channel Isles) in 1975. Since moving to the Island in 2006, I have been involved in Guernsey business and Bailiwick life, and completed and published two books. 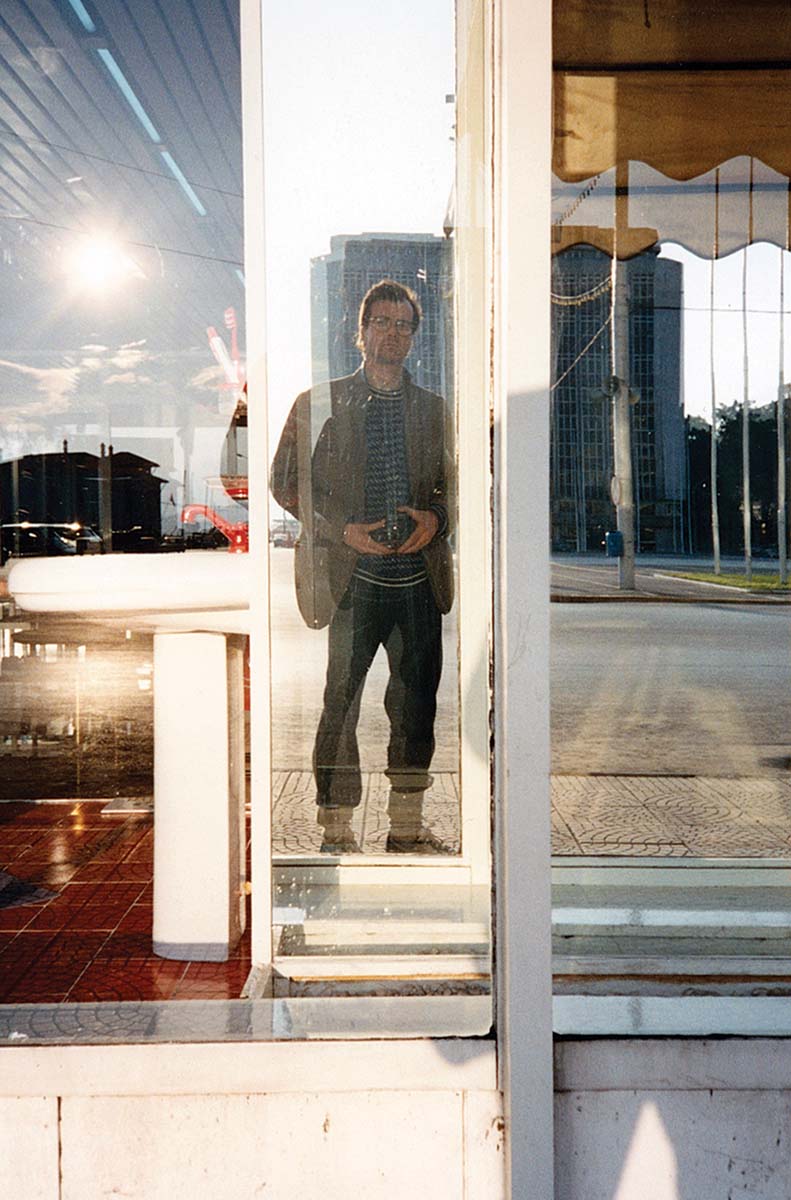 Photo: The author in Izmir on Christmas Day 1988

Fergus Dunlop as a writer

Fergus was born in London in 1958, so is now in his mid-sixties.

His passion for writing began in early boyhood. As a teenager, he edited his fortnightly school magazine, and in his final summer turned poacher by launching a competitor. That venture made a profit, and even broke the mould, but at the price of a lifelong caffeine aversion.

Fergus’ undergraduate and postgraduate research (see below) again explored new ground. However, neither resolved the question of what to do for a job.

By the age of 29, Fergus had been gainfully employed in engineering, publishing and retailing. His roles had included production, sales and general management. The one constant was his writing – a manual in French on cutting up swarf, speeches for members of the British parliament, papers for political campaigns, and an award-winning FTSE 100 annual report.

Eventually, he headed to the City of London, because ‘that was where the money was’. A decade passed, pitching to clients, planning expansions, designing sales databases and crunching asset risk models. Some of his best-sellers were multi-chapter, single-copy investment proposals.

Outside of work, the writing continued – his first travel journals date from this period: The Lady With No Name, about a circumnavigation of the Mediterranean Sea in his company car; and the trilogy from which it is drawn, Borderline Pass. These books provide a street-level view of European, Middle Eastern and North African life in flux, at the end of the Cold War.

The next decade passed in Germany, growing the businesses that had resulted from his spreadsheets. But he was still putting pen to paper, on the side, for example with a proposal in German for Chancellor Gerhard Schroeder’s office, and the Finance Ministry, on pension reform.

Early in the new millennium, in parallel with his fund work, he launched an annual tome, German Institutional Investor Positioning. This was an in-depth asset allocation forecast for the year ahead, with English and German language editions, and won a following among pension funds, asset managers, stockbrokers and banks.

In 2006, Fergus took early retirement and his family moved to Guernsey. However, the break from writiing did not last long. He has since helped manage several stock exchange-listed and privately held investment companies. With prospectuses, take-over documents, annual reports and internal policies to plan, pen and/or sign off, finding the right words remains important.

In Guernsey, Fergus is active in the community. He served as Constable of his parish; chaired a campaign group in the referendum on electoral reform; and stood for the States of Deliberation, the bailiwick’s parliament. He founded a consumer group, Bus Users Guernsey (BUG), and helps lead a church Sunday Club. The writing has never stopped – he has circulated pamphlets and research on Guernsey topics (see below), scripted and produced nativity plays and dashed off dozens of parish magazine articles.

So, with the publication of Borderline Pass (2020) and The Lady With No Name (2021), Fergus stays true to his longest-standing love, arranging a story on the page. 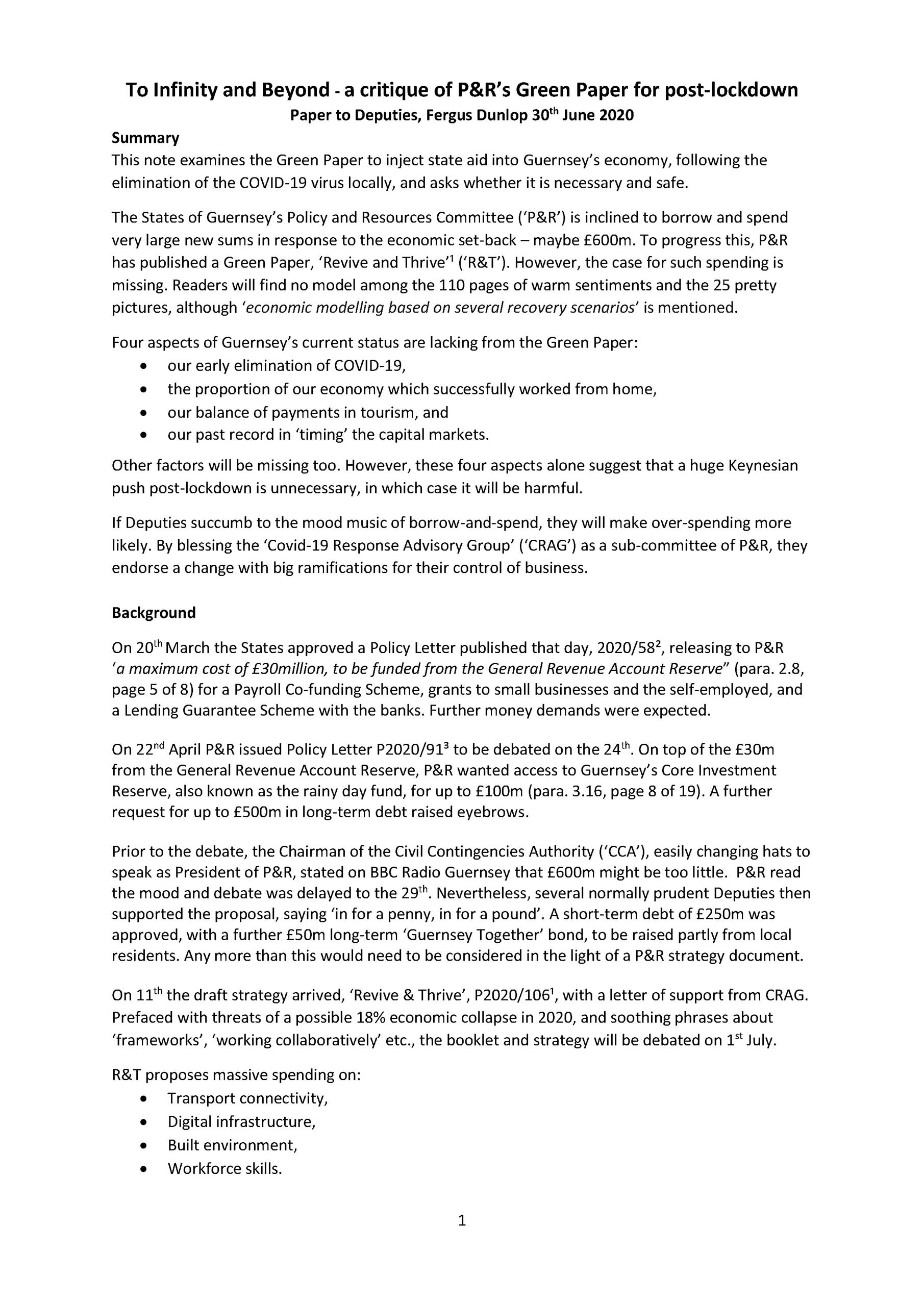 Guernsey – To Infinity & Beyond: a critique of Policy & Resources (‘P&R’)’s vision for post-lockdown

Sent to the Deputies in June 2020. It notes that two-thirds of our economy can work easily from home; and the Staycation £ is worth three times the spending of visitors 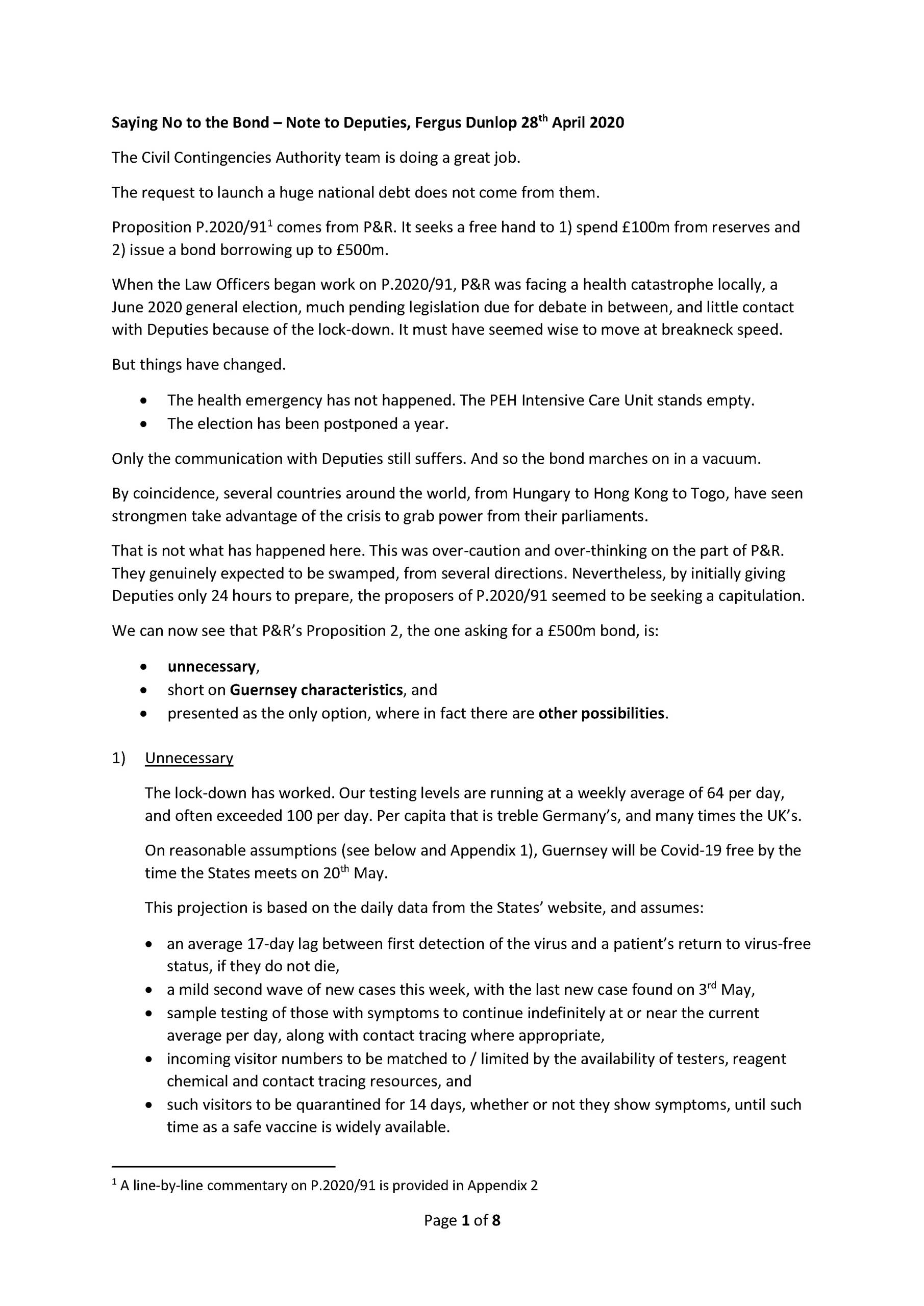 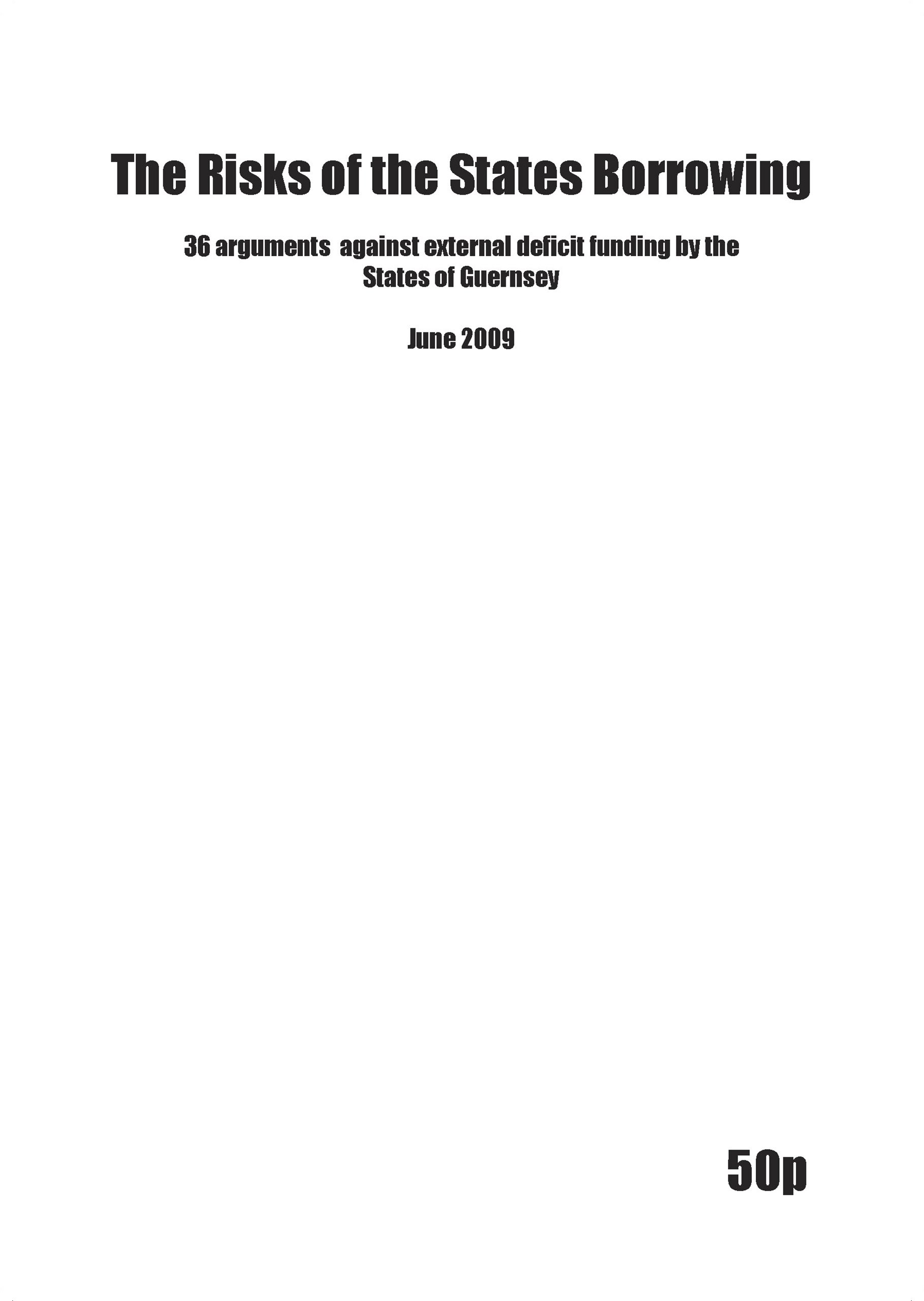 Guernsey – The Risks of States Borrowing

A pamphlet written for Deputies in June 2009, in response to a proposal from the then ‘Treasury & Resources’ Committee to borrow £175m at the  ‘unrepeatable’bargain rate of 5.7% fixed for 20 years. Happily, Deputies saw the light. 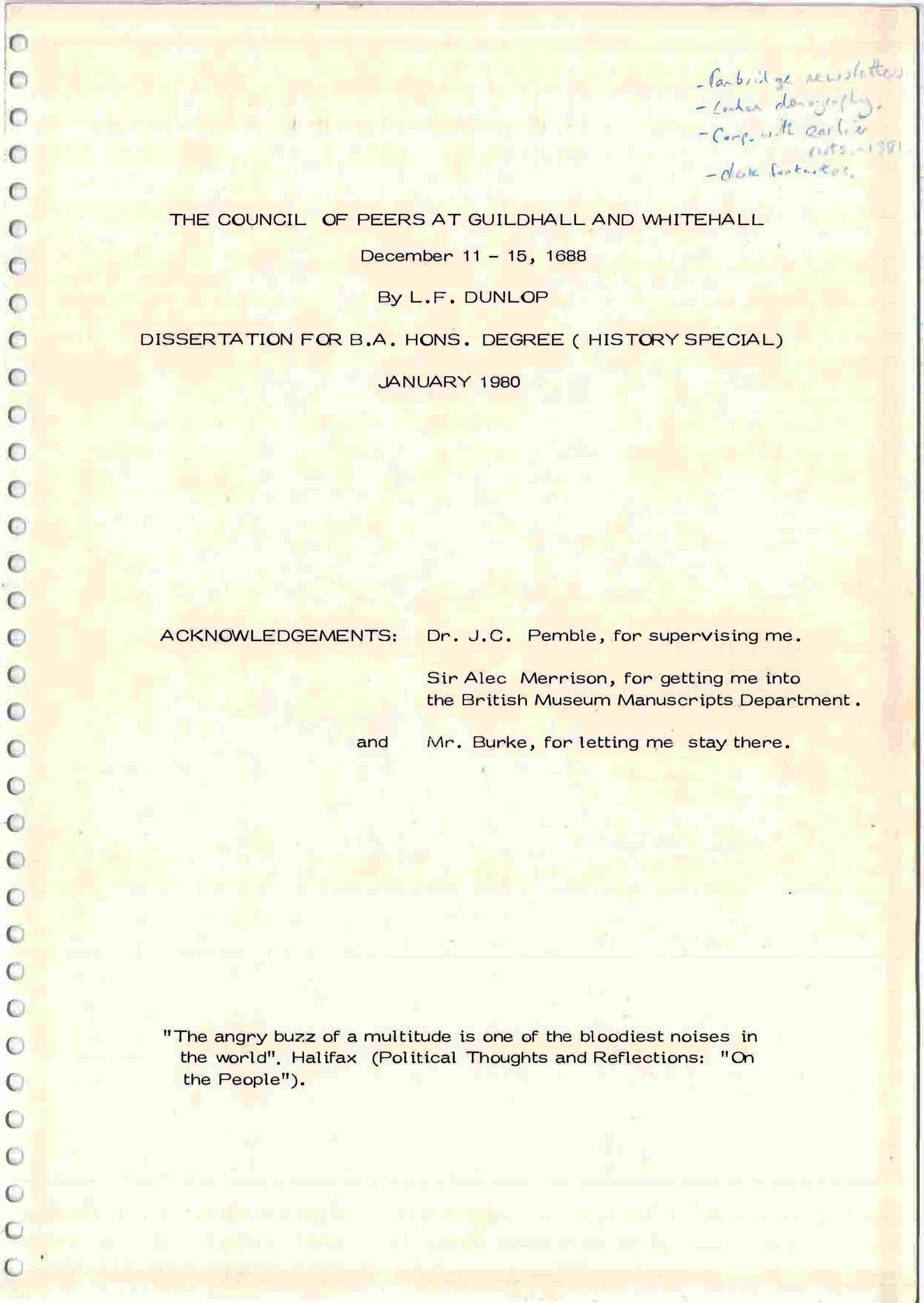 The Council of Peers at Guildhall and Whitehall, December 1688. This B.A. history dissertation looked back at a moment, still lost to England’s national memory, when London escaped by the slimmest of margins a Bastille Day of its own, a century before the celebrated tipping-point in Paris. 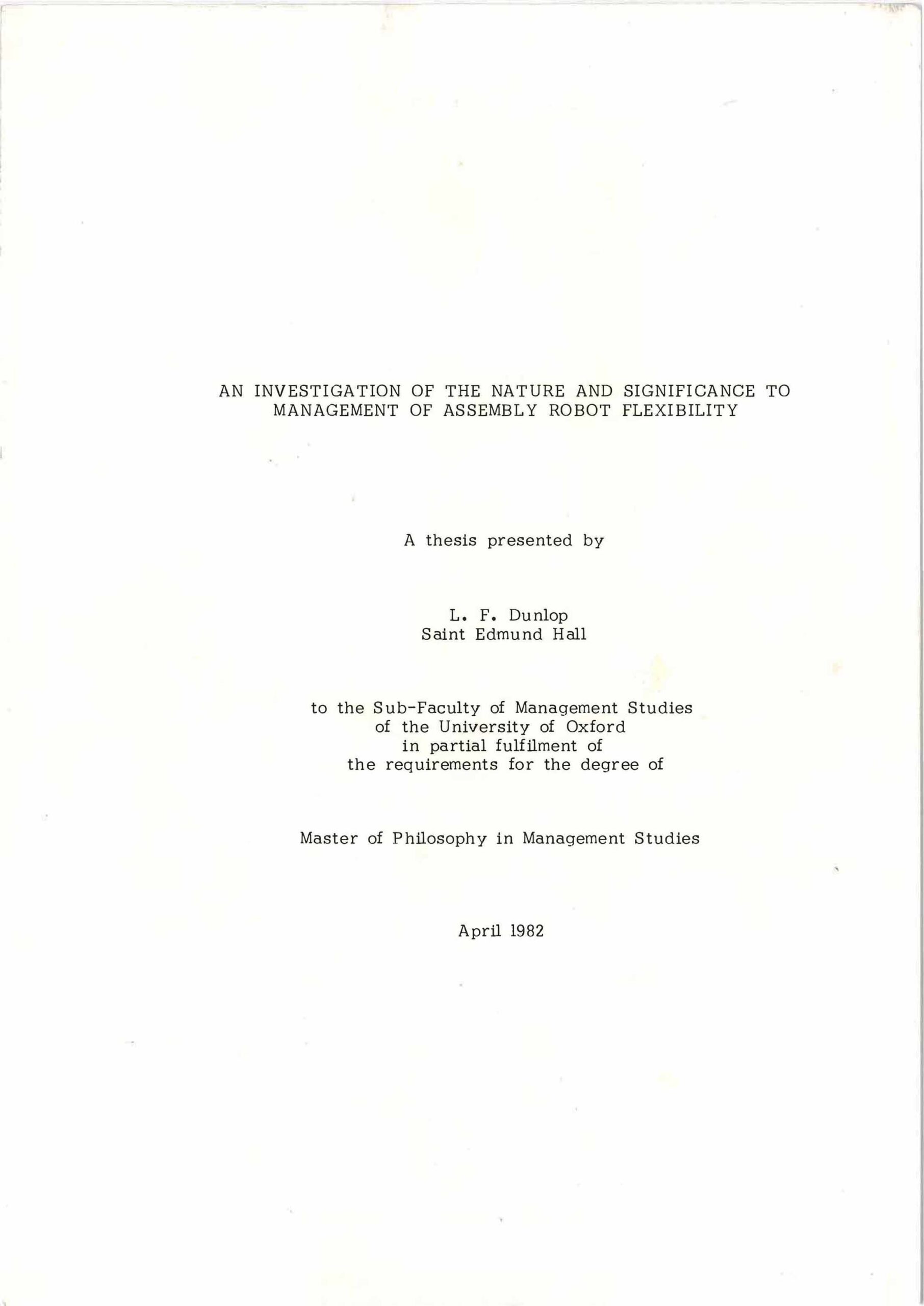 The Management of Assembly Robot Flexibility. This M.Phil. thesis peered into the future of automated manufacturing, foreseeing as many challenges for managers as for workforces. The conclusion was that robots would not take over assembly lines any time soon. 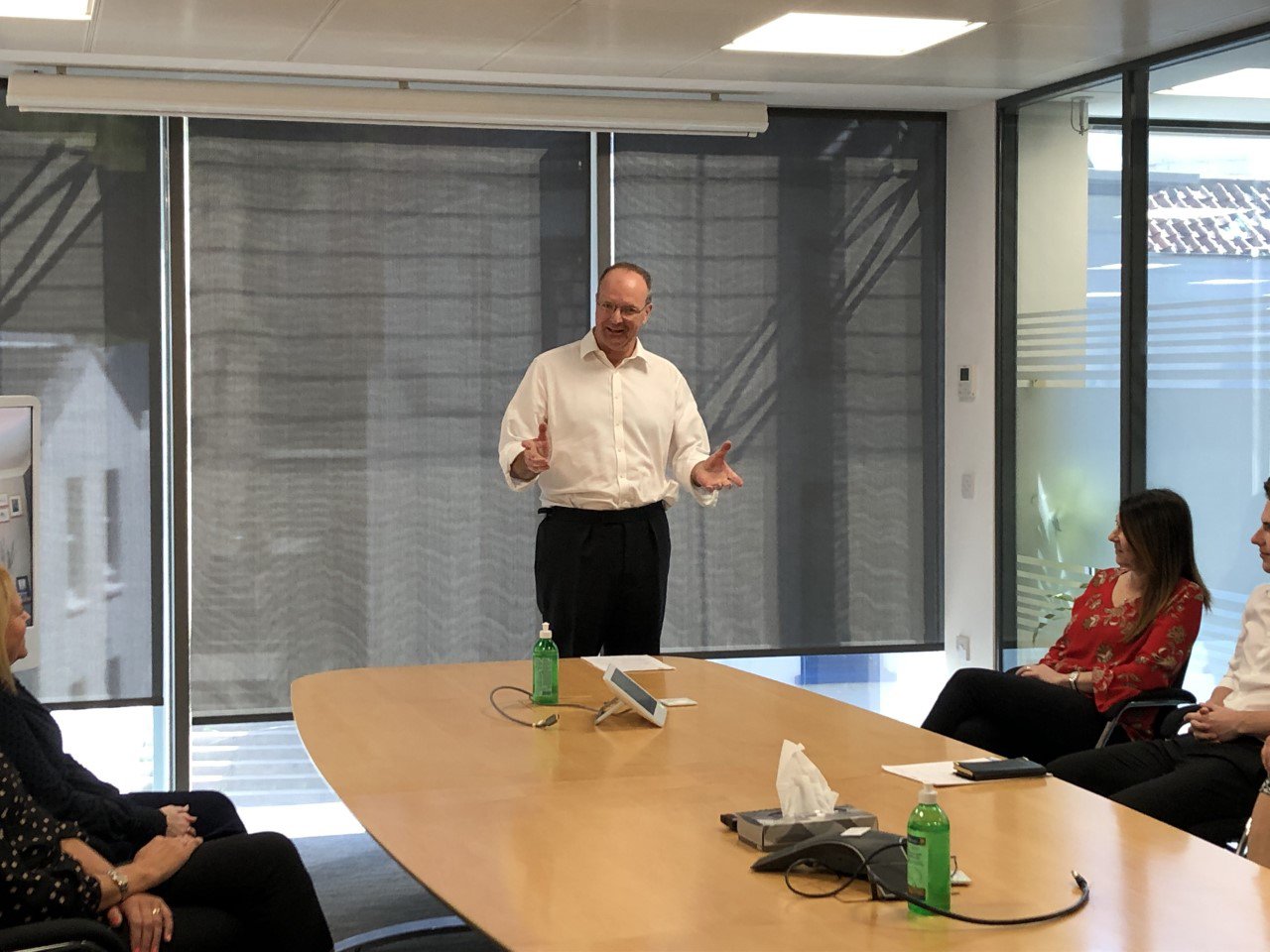